Are animals a good idea for decorating a restaurant?

Bieżanów. The restaurant’s customers accuse its owner of tormenting animals. The inspections of the  Krakow Animal Care Society inspectors do not confirm this.

In the Magillo restaurant at Lipowskiego 4, customers eat their meals in the company of a parrot, iguanas, turtle, skunk, and even a crocodile hidden behind an armored glass.

Not everyone is satisfied with such a business idea. They accuse the owner of using animals as living decorations of the restaurant and that they are mistreated.

A video shot by a client of the restaurant and made available on the Internet also sparked controversy. It shows a frightened monkey in a cage full of excrement and cups of sweet youghurt which the animal was fed with.

At the request of our readers, we visited Magillo to check the conditions in the local mini-zoo. We found the cages cleaned and the animals had their bowls full. The monkey, who appeared in the movie, was no longer in the restaurant. As we found out, she was taken home by one of the restaurant owners.

– Every year we take her home for the winter – explains the owner Marcin Klisiewcz. He admits that due to his passion for exotic animals, he meets with various reactions from customers, and inspections appear at the restaurant very often.

– Recently, I got a rude e-mail. Its content referred to me and not to the subject of animals – admits Klisiewicz. He does not read Facebook comments. As he says, he uses the restaurant’s profile rarely.

– We take care of animal nutrition and we are in constant contact with veterinarians. All animals come from farms and were legally purchased – emphasizes Klisiewicz. As we found out, his favorite is a large crocodile. – We feed him with beef, he crunches bones like crisps – says the owner.

In the restaurant, he also has a huge tortoise of a species that can live up to three hundred years. – Customers also bring me smaller turtles that have grown and do not fit in the aquarium anymore. They will have more space with us – he says.

The Krakow Animal Care Society carried out over a dozen inspections in Magillo. None of them showed any irregularities. – Should animals live in a cage? Of course, in an ideal world – no – says Paulina Boba from Krakow Animal Care Society. The Society received various applications, including that the cages are too small. However, inspections have shown that the animals are kept under legal conditions.

– Zoos operate legally, and so does the restaurant owner who shelters the animals. The monkey, who appeared in the film, was saved by him, she previously lived in terrible conditions – adds Paulina Boba. 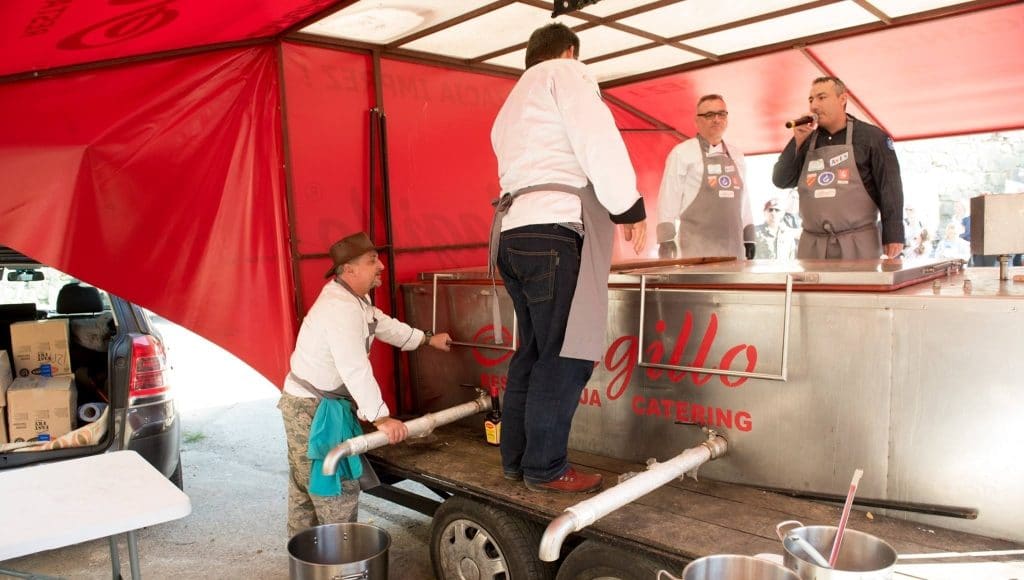 The Guinness record for the largest portion of barley soup, which was cooked on October 6, 2018 in Kłodzko, was officially approved in the London

Magillo broke the Guinness record for preparing the world’s largest lasagna. The gigantic dish was an expression of respect for the large number of Italians

The Guinness World Record was broken during the Days of Cabbage. We managed to cook over 2,000 kilograms of bigos. The bigos contained meat, spices, 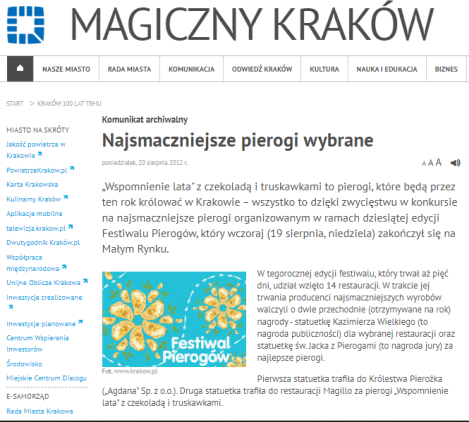 The most delicious dumplings selected

Nobody really knows what induce him. Willingness to experience an unforgettable adventure? Longing for beloved? Or maybe he just felt a touch of spring? We

On Sunday, August 29, 2010 in Krakow, the Polish record for the longest pizza was set. The event was organized by the Makro Cash &