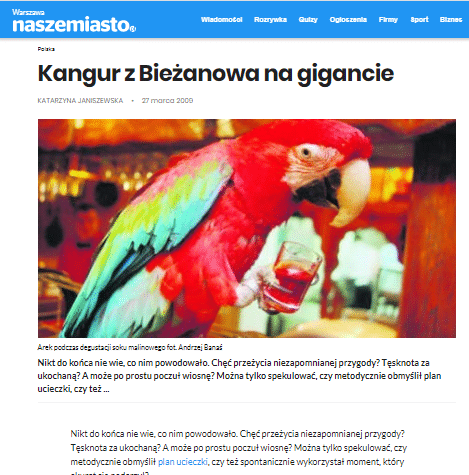 Nobody really knows what induce him. Willingness to experience an unforgettable adventure? Longing for beloved? Or maybe he just felt a touch of spring? We can only speculate, did he devise an escape plan methodically or did he spontaneously use the moment that just happened?

One thing is certain: the five-year-old kangaroo who escaped from the Magillo restaurant in Bieżanów on Saturday wasn’t alone! He was accompanied by a black sheep with whom he lived under the same roof all winter. The case turn out to be more complicated and multifacted as kangaroo has a partner who will give birth to a kangaroo offspring any day.

Saturday, 9 a.m., „Magillo” restaurant in Bieżanów. Kangaroo keepers enter the cubicle where the pet lives to exchange hay. They open the door and this moment is used by the little fugitive. He sneaks out unnoticed and rushes towards the forest in long leaps. A little black sheep follows him like a shadow. As soon as the escapade is revealed, the raid begins. The city guards enter the action. Finally, after several hours of exhausting chase, a small marsupial was stopped. – I don’t know what he was thinking,  it happened to him for the first time – laughs Marcin Klisiewicz, owner of Magillo

Our little one is jumping very fast. A moment of inattention was enough. Split second when the door was open. He took aim at the vent window and run into the forest. Kangaroo reckless escape received a lot of attention in media. Every now and then photojournalists come to take a picture of the rebellious animal. But he doesn’t want to pose at all.

When we enter the cubicle, he makes a loud noise and hides behind pots with palm trees.

He jumps from one corner to another and he doesn’t want to sit still in one place for a minute. – This Saturday race stressed him out a bit – Klisiewicz explains his protege . – Normally, you can stroke him easily, even by hand. He loves carrots, oatmeal and apples. He is a terrible lazy. He would like to laze about and lie down all day – he laughs. Kangaroo is not the only attraction of the Magillo restaurant. Actually, there’s a whole zoo. As we enter, we are greeted by the clink of breaking porcelain. A huge red macaw blithely knocks the tableware off the table top next to the cage. Arek – because that is the bird’s name – looks around cheekily. She knows she won’t hear a bad word because she is the owner’s favorite.

The owner allows his favorite walk all over him. – Arek is frisky – says Klisiewicz. – He never learned to fly, he became a bit like an ostrich. He can talk, however, he is best at cursing – he adds, then pours raspberry juice and hands it to a parrot. Arek takes the glass between his claws and tosses it out. – Good – he comments, trying to reach the bottom with his long tongue

Leoś also likes to smash plates. 6-years-old monkey landed up in restaurant from a zoo in a very poor condition. Today she is frisking nicely. She can hide and get the waiter a piece of pizza from the tray – says Klisiewicz. – And the waiter, without noticing anything, serves it to the guests. Sometimes Leoś runs away to a tree. But when she gets hungry, it goes away – she adds.

There is also a donkey, a native resident of Cracow, who loves to splash in the mud. Obviously stubborn, as befits a donkey. – We once took him to a party in the Main Square – recalls the owner. – When he stoped on Sienna Street, it was necessary to come with a trailer to transport him back home. He denied so strongly that the four of us had to pull him. But in everyday life it is a very calm animal, it follows me step by step – he says. 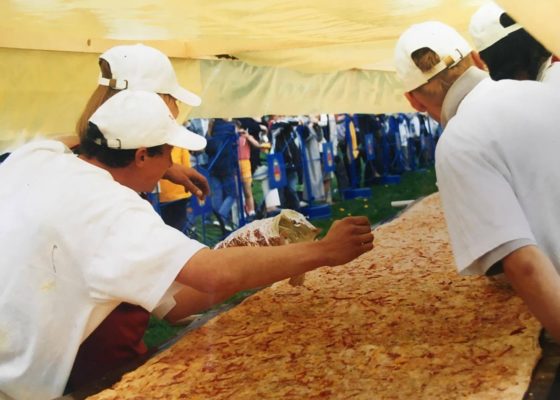 In 2004, Magillo Restaurant set its first Guinness record for the longest pizza in the world, and this is where our adventure and passion for 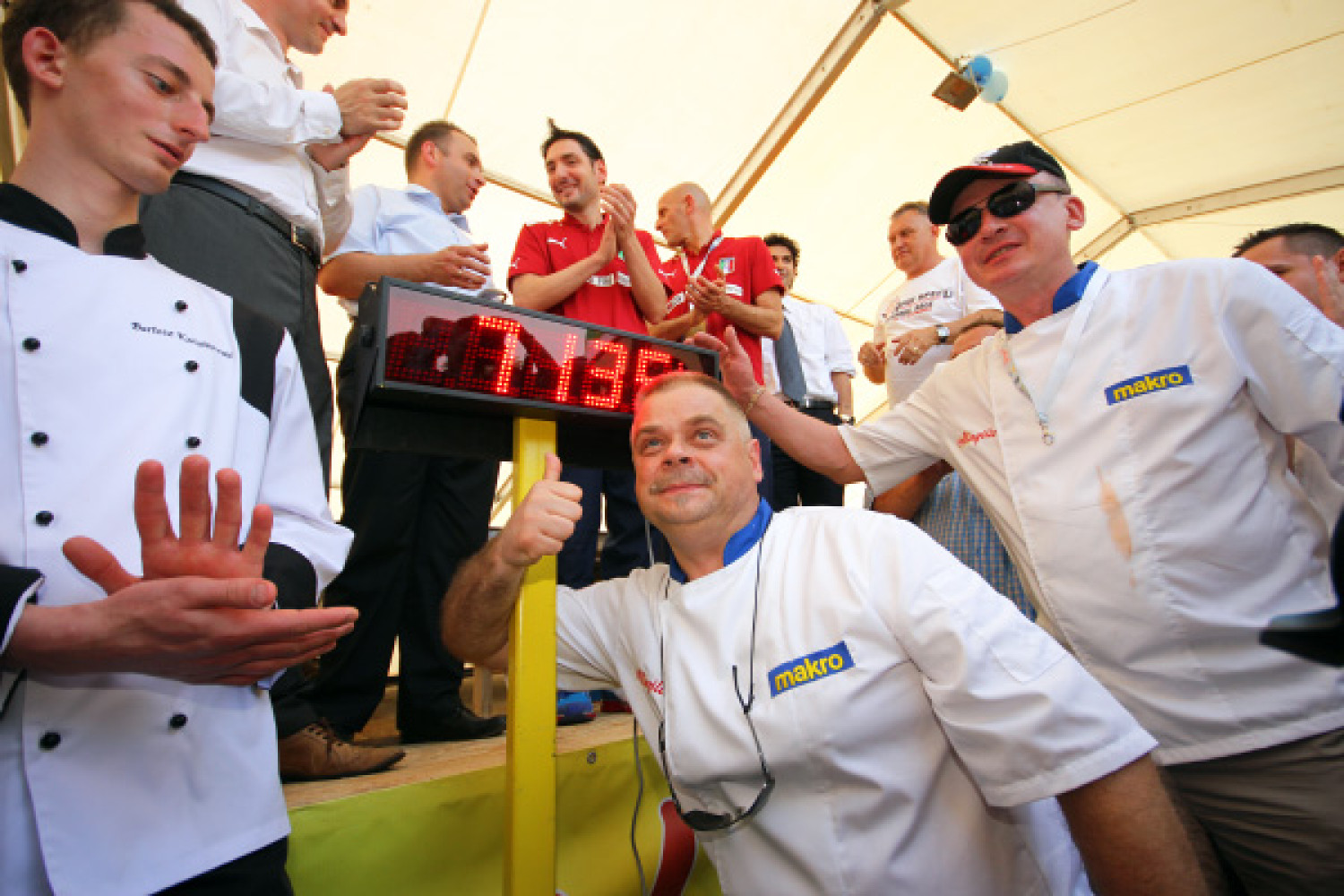 Magillo broke the Guinness record for preparing the world’s largest lasagna. The gigantic dish was an expression of respect for the large number of Italians 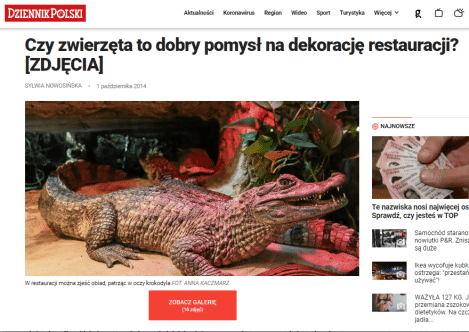 Are animals a good idea for decorating a restaurant?

Bieżanów. The restaurant’s customers accuse its owner of tormenting animals. The inspections of the  Krakow Animal Care Society inspectors do not confirm this. In the 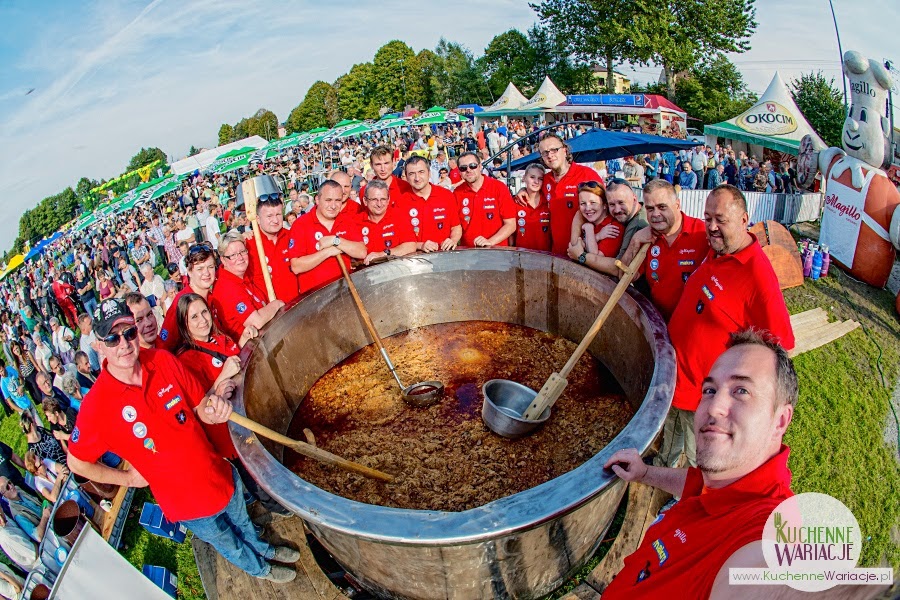 The Guinness World Record was broken during the Days of Cabbage. We managed to cook over 2,000 kilograms of bigos. The bigos contained meat, spices, 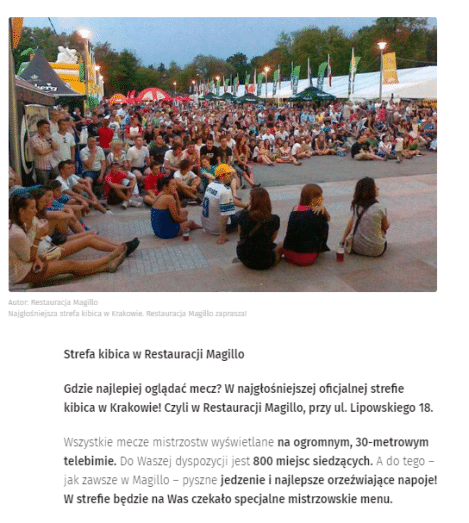 The loudest fan zone in Krakow. 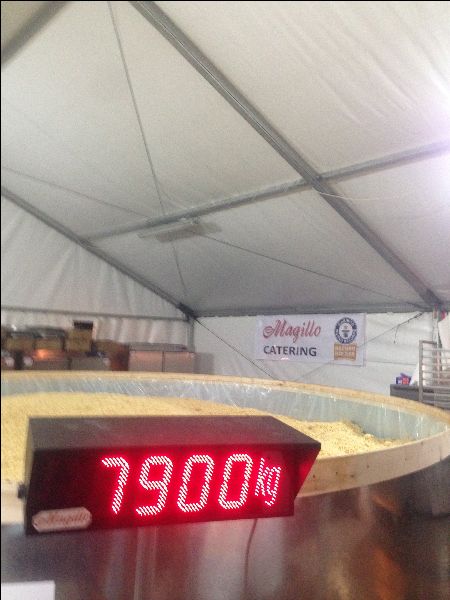 It was a really great pasta party! During the 2nd PZU Cracovia Half Marathon and the World Pasta Day, Magillo set a new Guinness record